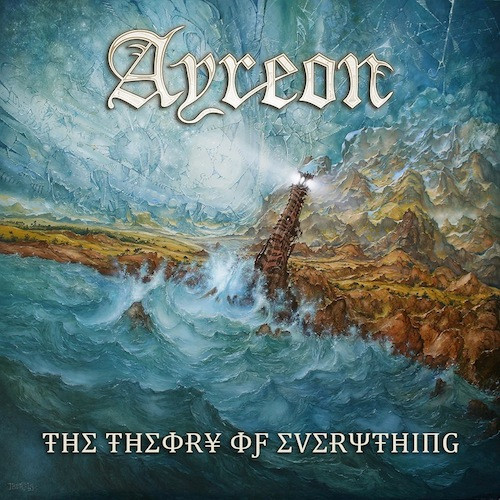 (DGR reviews the new album by Arjen Lucassen’s Ayreon project. This is obviously an Exception to Our Rule.)

I have a deep and abiding love for the Ayreon project. Describing it to people on the occasions when I can do so has proven to be an endless source of entertainment because it always ends with someone just going, “That sounds ridiculous”. They’re right too. Ayreon is a ridiculous project, one in the business of making space metal operas filled with multiple characters represented by multiple singers and then having insane guestlists of musicians written up for each one as well.

It’s not so much that I love Ayreon for how well Arjen Lucassen does with the music, but more so because of the absolutely insane amount of ambition that the project has required. He has told stories that span galaxies and cover millenia in the blink of an eye, and he has wrangled some of the best vocal performances out of an amazing array of musicians that I’ve ever heard. It just seems so grand, and when it comes to that, The Theory Of Everything is at face value a concept disc about a father/son team of geniuses working to unite physics of the macro and quantum levels; yes, the whole thing just seems… ridiculous.

No matter how hard outlets like Popular Science, Bad Astronomer, and Io9 try, physics at a granular level isn’t a sexy subject (although googling ‘sexy physics’ has provided hours of entertainment), but the results are. When broken down into layman’s terms and punctuated with pretty pictures, physics can seem incredible, but physics is much like meeting your heroes/watching your favorite food being made. It loses a lot of that appeal when you realize how much bookwork/math/study goes into it. The idea of Ayreon tackling this subject, whilst also dealing with the ideals of a father who feels inadequate because his son ranks somewhere high on the savant/autism range, is remarkable. END_OF_DOCUMENT_TOKEN_TO_BE_REPLACED