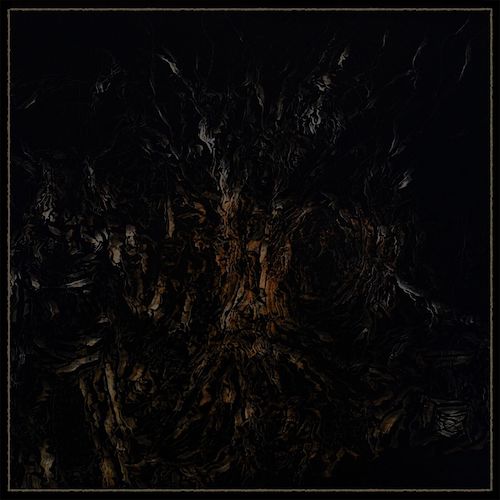 We are told that *dʰg̑ʰm̥tós, the title of the new album by the Swiss band Arkhaaik, is a representation of an ancient Indo-European language that dates to the Bronze Age, and that the same language is used in the song titles and the lyrics. The music itself seems equally to be an attempt to penetrate the barriers of time, to unearth and reimagine primitive rites that might link our modern selves with more primal incarnations of humanity — and with inhuman spirits.

The music’s ritualistic aspects are never far away, especially in the album’s title track, in which the reverberating rhythms sound like the beat of a hide drum, and the tones of other ancient percussive instruments and deep, droning horns join together — along with an array possessed voices — to create a mystical (and frightening) feeling of supplication, ecstasy, and enlightenment.

But while the sense of participating in ancient rites runs through the entire album, the other two tracks portray the rituals through a powerful (and often terrifying) hybrid of “sepulchral death metal, blackened bestiality, and lava-like doom” — to quote the spot-on words of the publicist for Iron Bonehead Productions, who will release the album this coming Friday, July 5th. Today we present a full stream of the album in advance of that release. END_OF_DOCUMENT_TOKEN_TO_BE_REPLACED