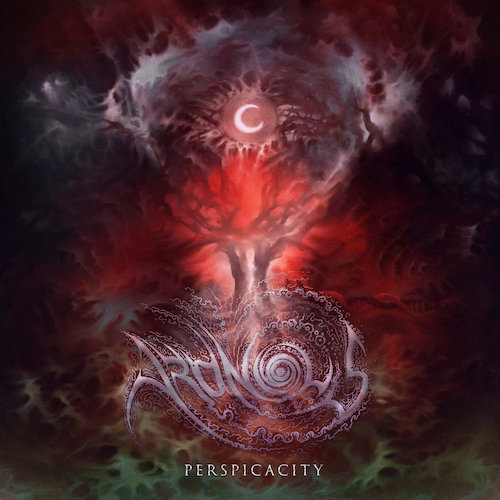 Having made quite a strong impression within the realms of technical death metal with their 2014 EP, Truth In Perception, the Wisconsin-based quintet Aronious are now poised to release their debut album, Perspicacity, which is set for release on March 13th via The Artisan Era. In the works for many year, and meticulously composed and recorded, this first full-length is a concept album — and a musically ambitious one that doesn’t follow all the standard tech-death tropes that you’ve become accustomed to by now.

So far, The Artisan Era has released three tracks from the album as signs of those ambitions and powerful accomplishments, and today we’re presenting the fourth and final advance track (among a total of 13 on the full album) before the record’s release next month. The song’s name is “An Assembled Reality“. END_OF_DOCUMENT_TOKEN_TO_BE_REPLACED