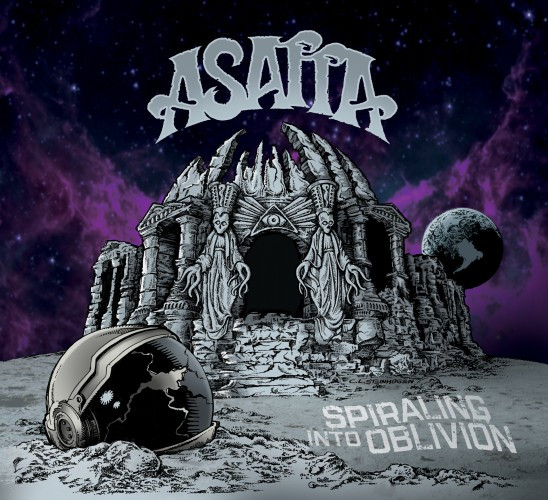 Asatta come our way from Milwaukee, Wisconsin. To date, they’ve released two EPs — 2013’s self-titled Asatta and last year’s Songs For A Blood Moon — but they’re now on the verge of releasing their debut album, aptly titled Spiraling Into Oblivion. It will descend upon us on September 2 via Burnout Planet Records. Two songs from the album have previously premiered, and today we bring you a third one, “3 Dials”.

Asatta’s bass player Joe Arenas shared with us these thoughts about the song you will soon hear:

“Lyrically, ‘3 Dials’ is intentionally more cryptic/nonlinear than the other songs on the album. It’s the apocalyptic futuristic visions received by an Oracle. The guitar really sets an ominous tone and we really wanted the lyrics and vocals to reflect that same feeling of impending doom.”

And to that we say, “mission accomplished”. END_OF_DOCUMENT_TOKEN_TO_BE_REPLACED