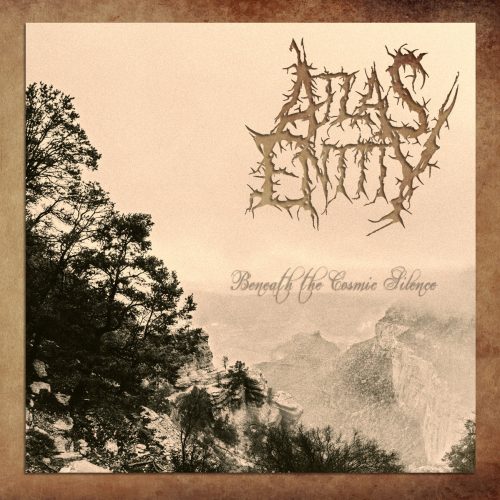 Beneath the Cosmic Silence, the new album by the Florida progressive death metal band Atlas Entity, proves to be appealing on many levels. For those with a taste for fleet-fingered guitar technicality and agile, astute, and creative drumwork, it will deliver enormous smiles — in part because the top-shelf performance skill isn’t brandished for its own sake, but employed in the service of well-crafted songs. For listeners who enjoy becoming immersed in memorable, mood-changing melodies, both introspective and riotous, it offers that too. People who relish biting savagery will also get their fix. But perhaps above all else, the music is bursting with life — the kind of album whose irrepressible vitality makes you feel good to be alive, no matter how shitty your personal circumstances might be going into it.

The album also incorporates some evolutions in sound as compared to the band’s previous release, the 2015 EP Enceladus, even though the same two people are at the helm — composer, multi-instrumentalist, and vocalist Alex Gallegos and session drummer Samus Paulicelli (Decrepit Birth, Devin Townsend). And as compared to that first release, this one represents a big step forward. We’re very happy to present a full stream of it today in advance of its release on June 14th. END_OF_DOCUMENT_TOKEN_TO_BE_REPLACED