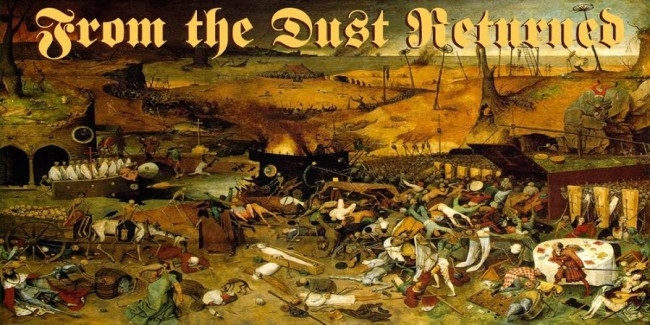 Our year-end Listmania series here at NCS can be divided into two categories. First, we post a handful of metal lists created by metal print publications (though this year we only reported DECIBEL’s list) and so-called “big platform” web sites, i.e., sites who cover genres of music well beyond metal but have very large audiences. Second, we post the year-end lists of our staff writers and numerous guest contributors.

The one thing we haven’t done up to now is re-publish year-end lists that have appeared at other metal blogs and sites, mainly because if I started down that road, I wouldn’t know where to stop. I’ve seen a lot of good lists at a lot of other sites compiled by people whose opinions I respect, but I really wouldn’t know how to pick just a few without falsely implying that I think better of those writers than of others.

But I am making one exception today, primarily out of a desire to further expand the range of recommended metal for those of you who are using our Listmania series as a menu of new music to explore. This list comes from a writer (with whom I’ve had no personal contact, just to be clear) who goes by the name autothrall — a name I suspect is already familiar to many of you. He’s responsible for about 99% of all the reviews that appear at a blog called From the Dust Returned. END_OF_DOCUMENT_TOKEN_TO_BE_REPLACED