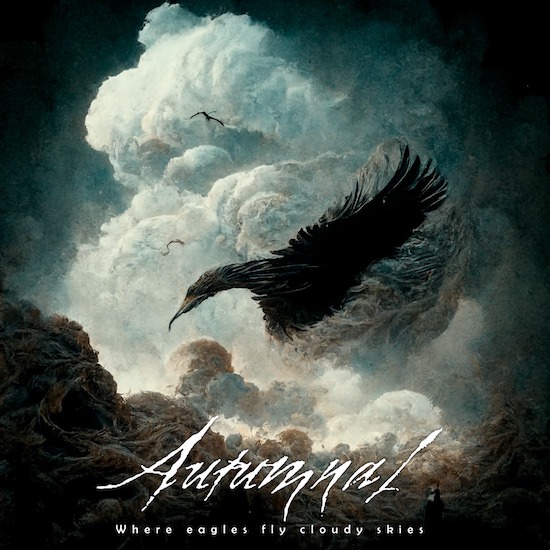 We have a double dose of melancholia for you today — a deeply moving and thoroughly enthralling anthem of sorrow, and a moving epitaph for the band who made the song.

As you will soon understand, the song in question, “Where Eagles Fly Cloudy Skies“, could hardly be better named. Grey skies do loom above the music, but it soars in a way that puts a listener’s heart in their throat, and the memory of it lingers like a formidable spell.

The band who made the song, the Spanish group Autumnal, presented their first demo in 1998, followed by three more from 2000 through 2005 leading up to their debut album Grey Universe in 2006. Eight more years would pass before Autumnal released their second album, The End of the Third Day, and then seven more years of silence would follow that release, a silence only broken now by Autumnal‘s final expression — this song we’re premiering today. END_OF_DOCUMENT_TOKEN_TO_BE_REPLACED