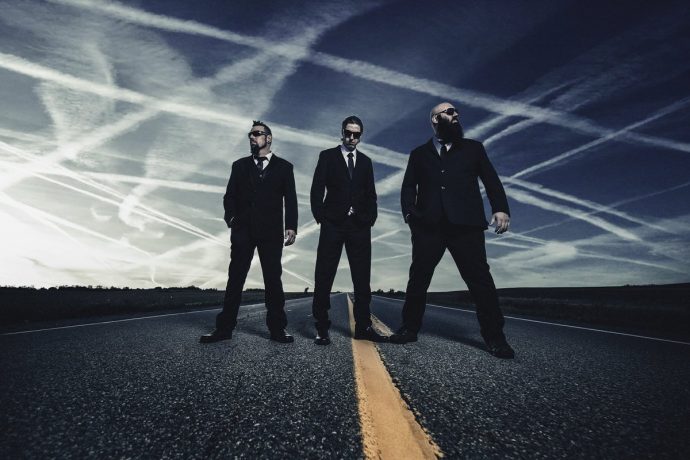 We live in an age when conspiracy theories of all stripes seem to have reached a zenith, and the Canadian death/thrash band Backstabber (from northern Quebec) seem to have embraced the ethos (or at least fervently portrayed it) in their debut album Conspiracy Theorist. Consisting of 10 tracks that explore themes of scandal, critiques of mainstream media, and of course conspiracies, the album will be released on February 15th.

Today we present a lyric video for one of their murderous aural attacks. Entitled “Geo Engineering“, it was inspired by a speech delivered at the Council on Foreign Relations in 2016 by then-CIA chief Paul Brennan. In the speech, Brennan spoke of a program that had attracted his personal interest called “Stratospheric Aerosol Injection”, through which seeding the stratosphere with reflective particles could reduce global temperatures at an estimated annual cost of $10 billion.

Though Brennan touted the idea as a means of combatting global warming, Backstabber foresee a different and more devastating outcome. END_OF_DOCUMENT_TOKEN_TO_BE_REPLACED