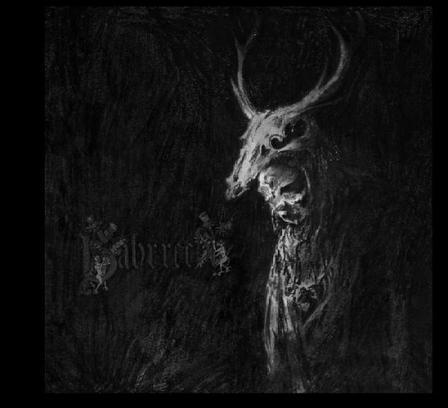 (For our third album review of the day, here’s Andy Synn’s take on the 2011 release by French band Bahrrecht on Ketzer Records.)

I originally picked this album up solely because of its dark, brooding cover art, depicting an ominous figure, shrouded in shadows, his distorted, cadaverous features crowned by a skeletal helm. Contained within I found ten tracks of violently cathartic black metal, a revenant risen up from the depths of the genre’s murky past.

The Bahrrecht itself is an enigmatic beast, concealing its true self beneath layers of lies and deception. Through its veins flows the titanic spirit of the lords of Blashyrkh, whilst beneath its bestial hide lurks a very human malice. Its powerful sinews flex with dark promise, moving with the dissonant grace of Deathspell Omega, its black heart beating in time with the angular aggression of latter-day Marduk.

Musically, the album stays true to these elements, inter-mixing its blasting savagery with imperial majesty and tribal mysticism, delivered with a freshness and vitality that belies its ghoulish nature. Yet behind its grim and frost-bitten visage lurks a mind as sharp and deadly as a steel trap, twisting and turning with serpentine aplomb, shedding the skin of ages past and discarding the useless remnants of useless nostalgia in favour of the sharpened clarity of reborn vision. END_OF_DOCUMENT_TOKEN_TO_BE_REPLACED