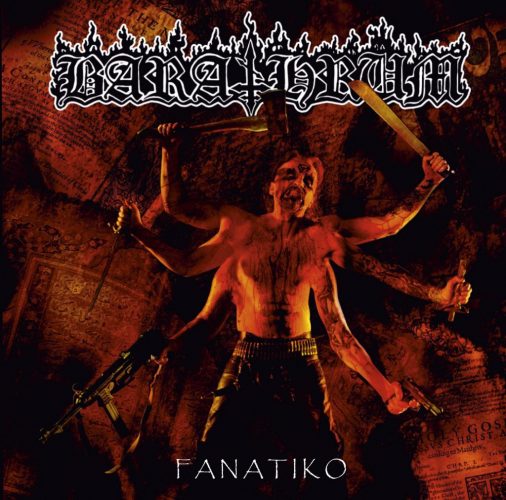 No historical investigation of the roots and evolution of Finnish black metal would be complete without a chapter on Barathrum. The band took shape in 1990, released their earliest demos the next year, and then churned out eight albums from 1995 through 2005, pursuing a musical course that changed over time but was persistently hellish and profane. Barathrum haven’t been completely silent in the 12 years since their last album, but it’s still fair to call their forthcoming ninth full-length a comeback record. Its name, fittingly, is Fanatiko, and it’s set for international release by Saturnal Records on April 28.

The first single from the album, “Hellspawn“, was released in February of this year. If you listen to it, you might make some immediate assumptions about what Fanatiko as a whole will sound like. And you would probably be wrong. Barathrum revealed many different dimensions of their sulphurous musical interests over the decade-long span of their first eight records before their extended hiatus, and Fanatiko ranges across many of them. Compelling proof of the diversity within the new album can be found by listening first to “Hellspawn” and then to the song we’re premiering today — “On the Dark River Bank“. END_OF_DOCUMENT_TOKEN_TO_BE_REPLACED