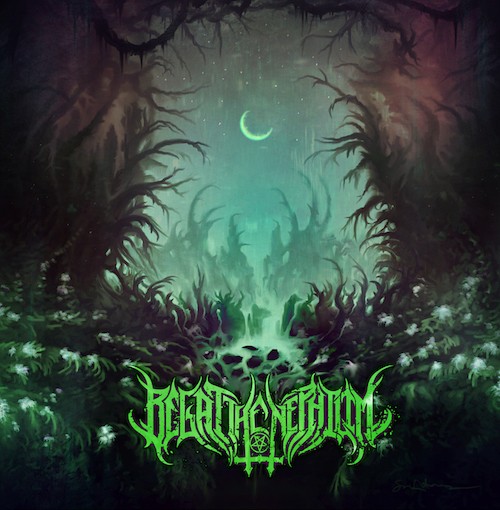 From their home base in southern New Hampshire, Begat the Nephilim have been plying their chosen trade since 2012, that trade being a form of blackened melodic death metal that has taken them to stages in support of Napalm Death, Suffocation, Morbid Angel, Dillinger Escape Plan, Job For A Cowboy, and Suicide Silence and landed them on the Summer Slaughter tour and the New England Metal and Hardcore Festival.

Unholy Anarchy Records will release the band’s debut album, Begat the Nephilim I: The Surreptitious Prophecy / Mother of the Blasphemy, on June 15th, and today we present the album’s eighth track, “Grimoire of Cryptid“. END_OF_DOCUMENT_TOKEN_TO_BE_REPLACED