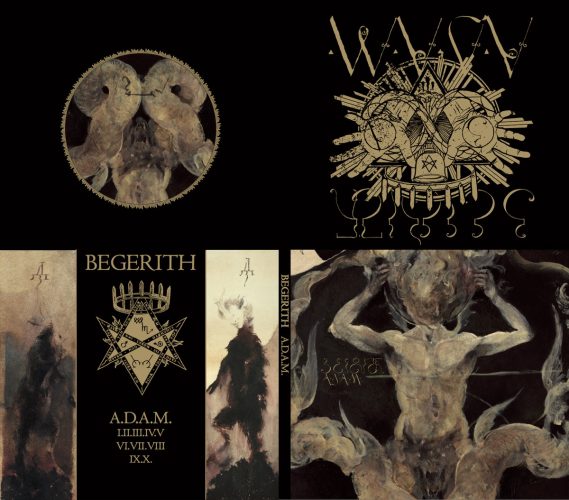 (TheMadIsraeli wrote this review of the new album by Begerith, which was released on January 7.)

Sometimes we really are just born in the wrong place. Life really is just a matter of random chance and circumstance. Sometimes we’re born out of time, out of place, our identity isn’t consistent with what surrounds us, and we were always destined to be that eyesore. Begerith seem to have been so convinced of that wrongness that they literally relocated to the country that hosts the sound they identified with. Russian natives, they fled to the majesty of Poland, so they too could build their own ramparts on an imperial mobile sonic fortress that knows no equal.

Begerith are 100% consummate scholars of the Polish deathly metallic arts despite their Russian roots. If you love the scathing, bleak imperial might of Behemoth, Hate, or Vader you will be right at home here. A.D.A.M. is an impressive record, both in its dedication to what it wishes to be and also because it’s really fucking good. END_OF_DOCUMENT_TOKEN_TO_BE_REPLACED