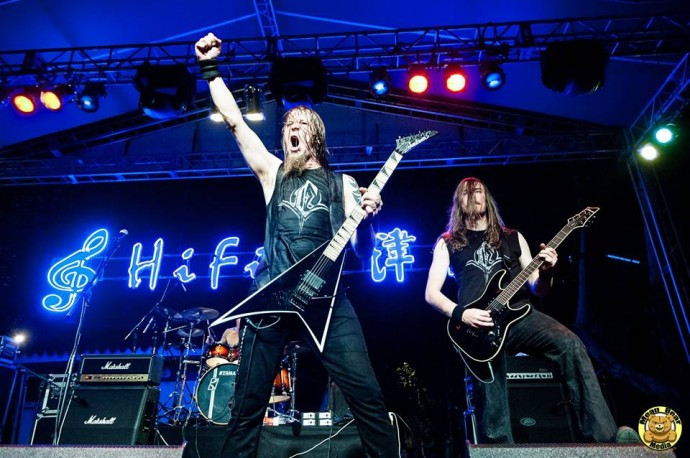 (We bring you KevinP’s interview of Ben Pakarinen, vocalist/guitarist for Finland’s Coprolith, whose second album Death March was released this past spring by Violent Journey Records.)

K:  So you’ve recently returned from a tour in China.  Is this your 3rd time playing there?

B:  Yes, we are back from China. It was Coprolith’s second time touring there. Last fall we toured with my other band, Antagonist Zero.

K:  Seems like you have a fairly big following to tour there twice.  Does China give you more “love” than Europe?

B:  Yeah the shows are awesome and the crowds are crazy indeed. And this time we also released our latest album, Death March, as a special edition with 3 bonus tracks. But we have also toured a lot in Europe, the Baltics, and Russia.  I think when it’s a good show and good crowd, it doesn’t  matter which country it is. END_OF_DOCUMENT_TOKEN_TO_BE_REPLACED