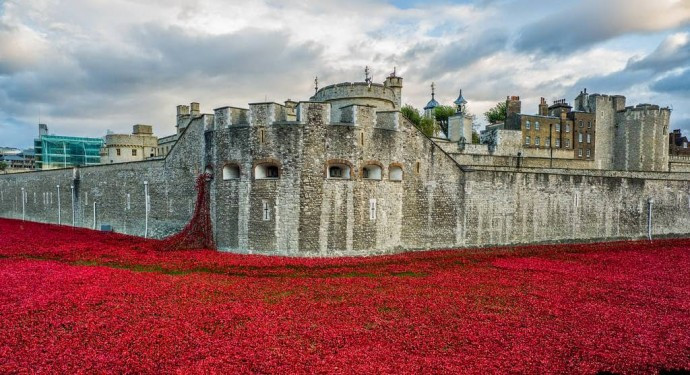 Welcome to another edition of THAT’S METAL!, in which I collect images, videos, and occasional news items that I think are metal, even though they’re not metal music. Today I have eight items for you.

November 11 is Armistice Day in the UK, commemorating the end of hostilities on the Western Front during World War I — a war that sacrificed an entire generation of young men throughout Europe, with more than 9 million soldiers killed (as well as 7 million civilians). This year, Armistice Day is being remembered in London in a way that’s both visually spectacular and entirely appropriate to the slaughter that the armistice officially ended.

Beginning in July and steadily continuing into this month, red ceramic poppies have been placed on and around the Tower of London, with each poppy representing a British or Commonwealth soldier killed in World War I. When the last poppy is installed on November 11, there will be 888,246 of them. END_OF_DOCUMENT_TOKEN_TO_BE_REPLACED