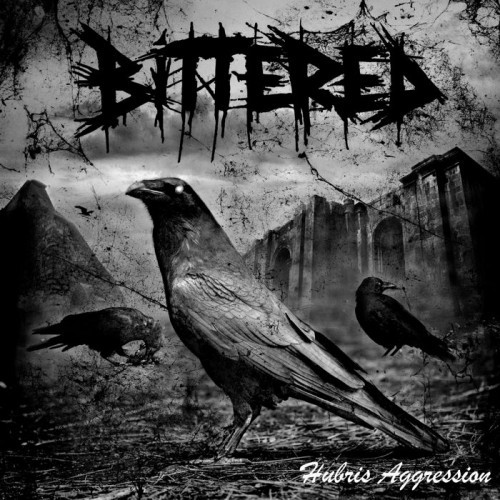 Today, Friday, July 31, Virginia’s Lost Apparition Records will release Hubris Aggression, the debut album of Bittered from York, PA, and we have a full stream of it to share with you.

Bittered was spawned in 2014 by Paul Folk, founder and long-time guitarist for the Maryland death metal band Exterminance and drummer Dennis Matos, both of whom had played together in other bands that had their roots in punk and grind. Paul Folk and Bittered’s vocalist Kasey Harrison are also members of a grind band called Police State. But although Bittered’s lyrical themes share a political focus with some of the members’ other projects, the music goes off in different musical directions — and there’s not much light at the end of those tunnels. END_OF_DOCUMENT_TOKEN_TO_BE_REPLACED