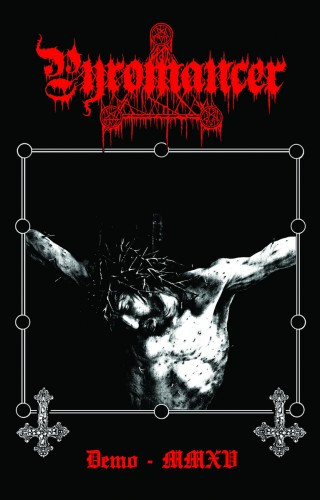 The demo takes the grim, lo-fi atmosphere of second-wave Norwegian black metal bands and combines it with the aggressive bestiality of bands like Archgoat. When Master of Graveyard Torment is shrieking over Conquerer Horus’ tremolo riffs the band sounds very traditionally black metal indeed. However, thanks to Torment’s relentless drumming, the music is fierce and fast rather than gloomy, and when Horus takes a turn on the mic, deep, distinctly un-Norwegian growling fills the air. END_OF_DOCUMENT_TOKEN_TO_BE_REPLACED 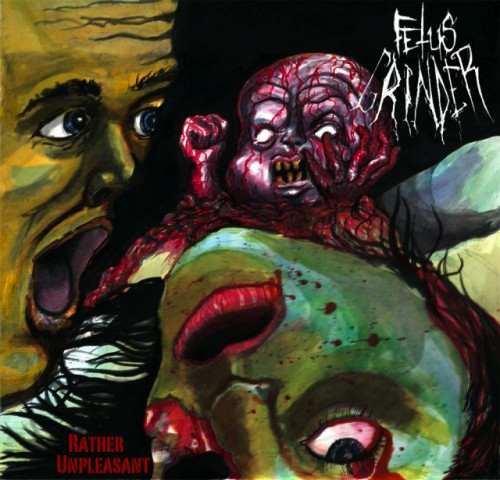 Fetus Grinder are a death metal trio from Vancouver, British Columbia, and as the name might imply, they are firmly entrenched in the “let’s be as gory and offensive as possible” school of death metal. This initially made me think of Cannibal Corpse, but between the gore and the music they actually remind me a lot more of Carcass’s third album (Necroticism: Descanting the Insalubrious, that in-between period they had before they went melodeath, but after they stopped playing pure grindcore). The music is upbeat and groovy, rather than the downtuned blastfest one might expect from their name and song titles (although I’ll discuss their speed in a minute).

Speaking of guitar tuning, I don’t know which one they’re using, but it seems higher than you usually find in death metal, and that combined with their riffing style helps give the music an oddly peppy feel. This is a good thing. I could be wrong about the tuning, I don’t have the best ear for such things. But it sounds good nonetheless.

Also, listening to Fetus Grinder marks the first time I have ever thought, “Damn, microwaving a cat is catchy.” So there’s that. (“Microwaving a Cat” is my favorite song off their new album, and has been officially classified by the Double Secret Congressional Committee of Metal as “catchy as all fuck”)

Fetus Grinder have just released their second album, Rather Unpleasant, which you can download for free at bandcamp (http://fetusgrinder.bandcamp.com/). Their first album, Terror in the Women’s Clinic, is also available on bandcamp for a pay-what-you-want deal (1 CAD minimum). What struck me about Fetus Grinder, and inspired me to write this post, was the incredible amount of musical growth in the two-year period between those two albums. END_OF_DOCUMENT_TOKEN_TO_BE_REPLACED