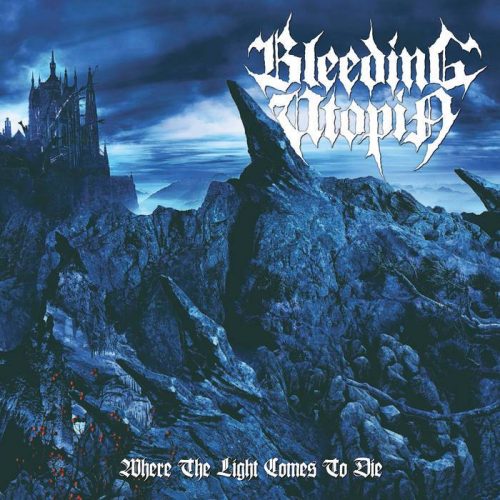 There’s an entire generation, and probably more than one, for whom Swedish melodic death metal was a gateway into extreme metal, ushered into a new world of musical experiences by the likes of At the Gates, In Flames, and Dark Tranquillity. For a stretch of years, a certain golden age, it seemed to rule the underground, and eventually some of the surface world. And then, as always happens with a sound that strikes such widespread sparks among audiences, the genre became saturated with lesser lights and then overtaken by the next new thing, and the next.

It isn’t what it used to be, but as in the case of Mark Twain’s rumored demise in 1897, reports of its death have been greatly exaggerated. Undeniably, it’s enormously more difficult for a band to succeed with this style in the current age than when the sound was in its infancy, and seemed like a revelation. But as daunting as the task may be now, it’s not impossible, and Bleeding Utopia from Västerås, Sweden, have proved that with their new album Where the Light Comes To Die, which is being released today by Black Lion Records.

They succeed (in spades) in part because they’ve brought some other ingredients into the mix, and in part because they’re just so damned good at what they’re doing — so good, in fact, that one could imagine this album also being a gateway of its own to a new generation, in addition to being a great reminder of this music’s appeal to those of us who were led down the path by those legendary progenitors. END_OF_DOCUMENT_TOKEN_TO_BE_REPLACED