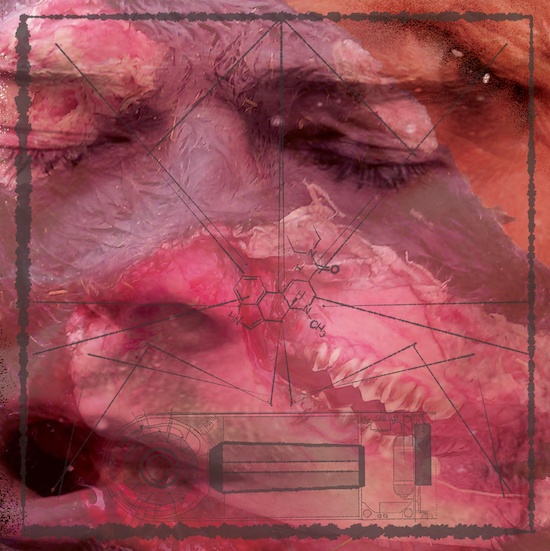 Austin-based BLK OPS haven’t been prolific. Until now, following their formation in 2014, their discography consisted of a pair of 2017 splits (with Cave Bastard and KRVSHR) and a live album released just at the start of the pandemic in 2020. But though their output has been limited, their abrasive but cathartic amalgamation of hardcore, metal, and harsh noise has made a crater-sized impact, harrowing to hear but impossible to forget. And now, at last, we have their debut album, The Heroic Dose.

From what we hear, getting the album to the point of release — which will happen via Roman Numeral Records on December 3rd — has itself been a harrowing and frustrating ordeal. But the considerable time that BLK OPS spent working and re-working the record, that time shows itself in the outcome. The Heroic Dose builds upon all the qualities that made BLK OPS‘ splits so striking, and creates an even more daunting, elaborate, and demanding edifice of sound, which you’ll get to experience in its entirety today. END_OF_DOCUMENT_TOKEN_TO_BE_REPLACED 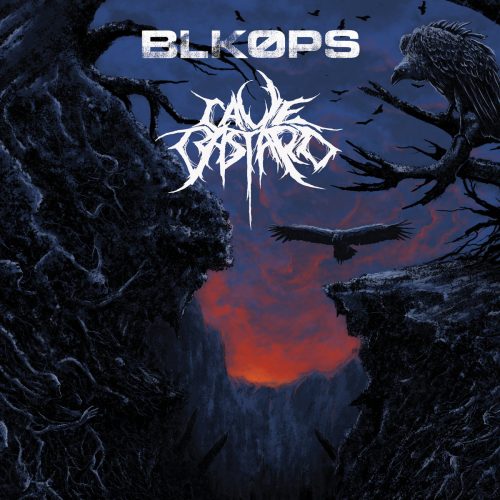 BLK OPS couldn’t have known that their new song “Truth Fuckery” would be premiering on the day after the U.S. president bombastically threatened to broil North Korea with “fire and fury”. Sometimes you’re just in the right place at the right time.

“Truth Fuckery” is one of four BLK OPS tracks on their side of a new split with San Diego’s Cave Bastard that will be released on August 25 by Accident Prone Records (from Portland, Oregon). It’s the second of the tracks by this Austin band (whose lineup includes members of Kill the Client, Clrvoyant, and Pornohelmüt) to be revealed from the split, the first of which (“Hallucinogenic Bomb Vest”) we described as “explosively battering”, yet with “memorable strands of desolate melody” that “have an un-real quality, like the soundtrack to a waking nightmare”. END_OF_DOCUMENT_TOKEN_TO_BE_REPLACED

I confess that I haven’t yet listened to all of their self-titled debut EP — which will be released on August 11 by Relapse — but I’m really enjoying the two tracks that have surfaced so far in the run-up to the release date. The first of those is “The Scourge and the Gestalt” and the second is “Deformed Lights“. END_OF_DOCUMENT_TOKEN_TO_BE_REPLACED