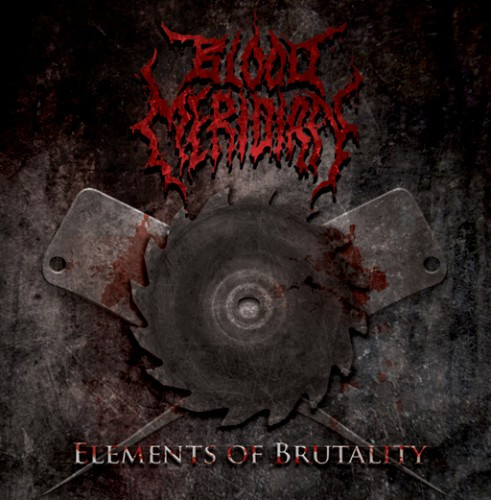 Just around two years and a few shows old, Blood Meridian are the new kids on the block. They’ve got things to prove and stereotypes to shed. Elements Of Brutality is their first offering. I’ve always been a fan of anything related to words, and I fell in love with their band name despite what some would call a childish EP title. Initially, they gigged with a drum machine and a stand-in bassist, only completing their line-up much later and starting work on the EP in August 2010.

A first listen introduces you to a technical death metal outfit, quite a good one at that. The drummer, Pushkar Joshi, springs forth in the mix. He seems like he knows what he’s doing and he’s doing it good. The vocalist is a weird one — as in one would either like his vocals or hate them. Bhaskar Baruah, on the mike, tries very hard to cover a spectrum of low growls and high squeals, and though he pulls them off decently, there is a certain thrust lacking in his emissions. After multiple run-throughs of the EP, however, one would get quite comfortable with the vocals, too.

Aurko Mukhopadhyay and Anuj Gupta on guitars gel well and come up with quite a set of sweet riffs. Nile, Decapitated and some more bands influencing them, they sound good as long as one doesn’t concede to tagging them ‘confused’. The tones are rawer than one would expect in today’s times — the mixing is not up to the mark. The guitars are quite subdued and should have been, in amateur terms, louder. The bass, as fingered by Ashwin Shriyan, seems to have been almost irrelevant in the mind of the mixer, Arun Iyer (Devoid). Overall, it is evident that finding a signature sound for the band was a very involved effort. No lasting harm done, yet no cookies in place for the production either.  (more after the jump . . .) END_OF_DOCUMENT_TOKEN_TO_BE_REPLACED