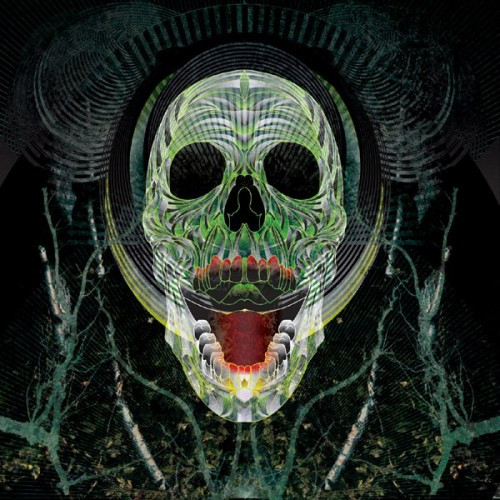 The South by Southwest music festival has been burning Austin to the ground. Videos of live performances have been surfacing, successfully turning me green with envy. After the St. Patrick’s Day weekend, I was pretty green to begin with.

This morning I caught a video of The Atlas Moth performing “Holes In the Desert” on March 16 from their stupendously good 2011 album An Ache For the Distance. They were joined on stage by Bruce Lamont playing the sax.

Lamont is the vocalist and sax player (among other roles) for Chicago’s Yakuza, in addition to collaborating in the past with a host of other bands (including Nachtmystium, Locrian, Sigh, Minsk, and Brutal Truth). He’s also a fixture with many other projects, including Bloodiest, Circle Of Animals, Sick Gazelle, and the Led Zeppelin cover band Led Zeppelin 2. Last year he also released a solo album titled Feral Songs For The Epic Decline. The cover for that album is up above, because I like the artwork a lot.

I also like “Holes In the Desert” a lot. It’s a fat blast of psychedelic sludge that includes a gripping melody. It’s a heavy song made for a live jam, a song to get lost in, and the addition of the sax in this live performance fits it like a glove.

The video quality is very good. The sound quality is less good (it’s difficult to hear the vocals, for example), but I still banged my silly head. Bang yours after the jump. END_OF_DOCUMENT_TOKEN_TO_BE_REPLACED