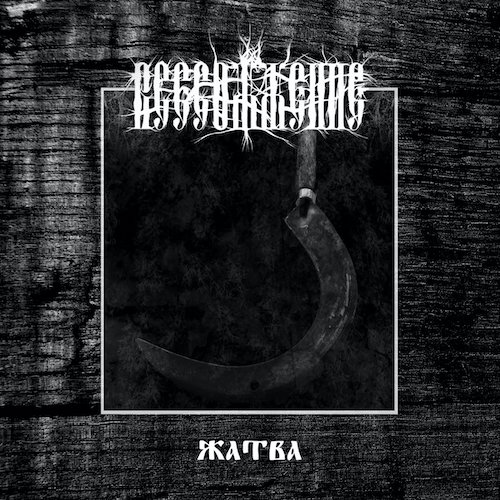 “Darkness fell on the village. The night scattered silver stars across the sky shining with blackness. Harvest Night. The Night of the harvest of souls. Among the stellar myriad, one of the stars is the brightest One. The One that is the essence. The One which is the key. The One which is the Lord of the harvest of souls. On the waves of steppe grasses They wander without haste. Those whose will is the Star. Those whose blood is the Star’s light. Whose eyes keep its reflection. Whose ghostlike flesh will reap some primitive lives. The sickle is raised to reap. It is the Harvest Night!”

Those words are the backdrop fashioned by the multi-national trio Burnt Offering to the song we’re premiering today from their debut album Harvest (“Жатва”), which will jointly be released by Casus Belli Musica and Beverina on August 20th. Those words, and the song, also channel the inspiration of the band members Nameless Enemy, Blind Idiot God, and Asbath (from Darkestrah) to pay tribute to the raw archaic black of the early ’90s Scandinavian scene, and early Ukrainian black metal groups such as Astrofaes — a time “when Black Metal was a source of terror and sorcery”. END_OF_DOCUMENT_TOKEN_TO_BE_REPLACED