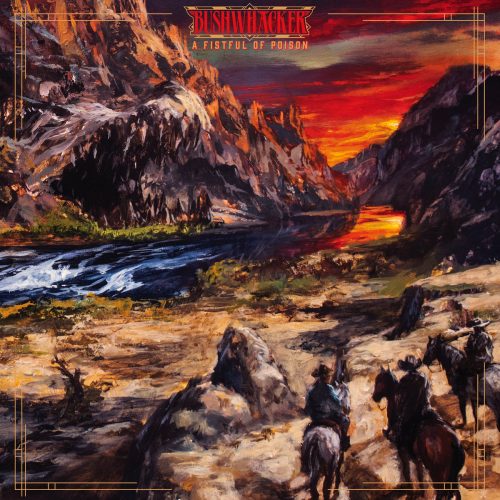 (In this post Andy Synn reviews the new album by the Vancouver-based metal band Bushwhacker, which was released on July 19th.)

To a certain extent this business – the business of being a music writer/critic/blogger – is built on relationships. Relationships with bands, PR people, labels… and so on… which, if cultivated correctly, help to create a sustainable and mutually-beneficial ecosystem for everyone involved.

There are, of course, potential dark sides to these relationships.

Certain labels have been known to lean on smaller sites/zines by using the threat of removing their access to bump up the review scores or the amount of coverage given to their artists. Certain PR companies have been known to effectively “blacklist” certain writers or publications if they aren’t nice enough to the bands they’re representing. And certain critics have had their reputations questioned when it’s come to light that they’re perhaps a little more friendly with certain musicians than they originally let on.

It’s this last one which vexes me the most these days, and there are a few bands who I simply won’t review any more purely because, even if I trust myself to be as objective and impartial as possible, I don’t want there to be even a hint of impropriety or preferential treatment attached to my work.

But when Bushwhacker contacted us recently asking if we’d be willing to give their new record a listen, I simply couldn’t refuse. Not just because of the way in which they went about it – not directly asking for, or demanding, a review, but simply letting us know the music was out there if we were interested – but because it really is a damn fine album! END_OF_DOCUMENT_TOKEN_TO_BE_REPLACED 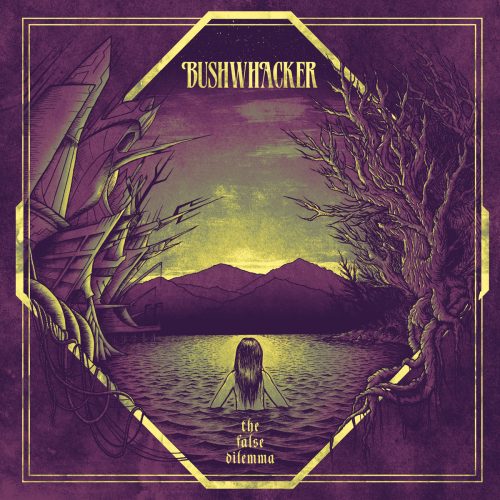 Up next in my  attempt to focus in more on the smaller, more unappreciated members of the international metal community, we’re off to the wild wastelands of Canada to check in with the inveterate proglodytes of Bushwhacker, whose wide palette of seamlessly integrated influences helps make their second album, The False Dilemma, an extremely rewarding listening experience.

Don’t get the wrong impression though. Despite describing this album as “rewarding”, this is no self-indulgent exercise in beard-stroking pretentiousness — this is an album that hits hard and makes no apologies for doing so, an album with riffs and balls and attitude up the yinyang… or wherever people keep their balls these days. END_OF_DOCUMENT_TOKEN_TO_BE_REPLACED