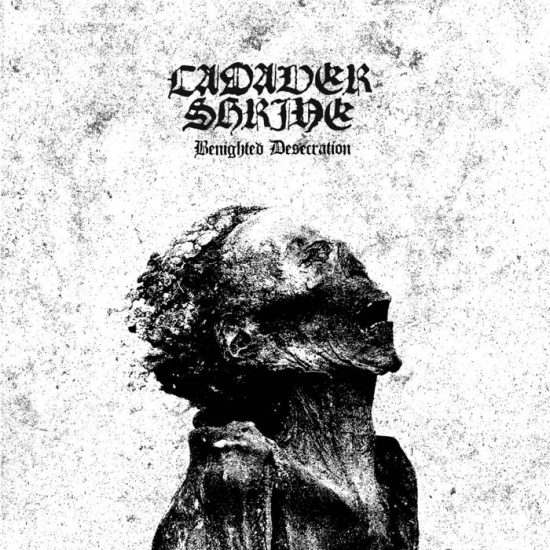 Is this a music shopping list? It could be, probably should be if you’re looking for a mental carnival of wild  and disturbing rides, but instead it’s a list of projects through which Maurice de Jong (aka Mories) has exercised (and exorcized) his mind, and it’s far from a complete list. Many names of both current and past projects of Mories are missing, but still, the list grows longer – because on February 10th Chaos Records will release Benighted Desecration, the debut album of a new Mories project named Cadaver Shrine.

What interests does Mories channel through this new endeavor? You might have an inkling if you caught Cadaver Shrine‘s two-song demo last Halloween. If you missed that, you might have seen this portrayal in the metal press, lifted from the PR for Chaos Records: “Born out of the love for ancient Metal of Death as well as doom, Cadaver Shrine are indeed putrefied, reeking of the same eternal rot of classic Bolt Thrower, Autopsy, and other more underground-entrenched entities.” Or this: END_OF_DOCUMENT_TOKEN_TO_BE_REPLACED