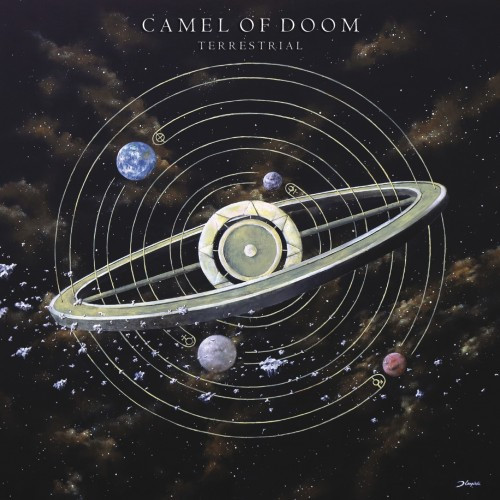 Since the founding of the UK band Camel of Doom by Kris Clayton almost 15 years ago, the band’s sound has evolved, though its iron backbone has remained doom. The results of that continuing growth and exploration are now reflected in the band’s most recent album, their fourth, which will be released by Solitude Productions on February 8.

Entitled Terrestrial, it’s a massive undertaking, with four songs ranging from almost 12 minutes to more than 14, along with four shorter tracks. Today we bring you one of those leviathan excursions, a song called “Pyroclastic Flow“.

Two of the song’s building blocks manifest themselves right away — distorted, pavement-cracking riffs; and a trippy bit of electronica that flickers in the background and is as intangible and strange as the riffs and drumbeats are physically dismantling. As those riff monsters continue to clobber our heads, Clayton cries the lyrics in a high yell, like a street-corner prophet announcing the end of the world. END_OF_DOCUMENT_TOKEN_TO_BE_REPLACED