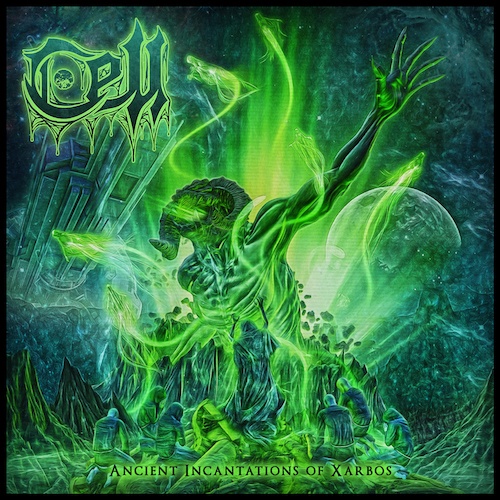 The Canadian black metal band Cell (based in Winnipeg, Manitoba) have an unusual origin story. Before there was a band there was an idea for a science fiction comic book, born from the imagination of guitarist/vocalist Hyperion. In thinking about how to bring the conceptual idea to life, he decided to use music as the vehicle instead, and from that turn in the creative path, Cell was born, and their musical narratives flow from those concepts.

With one album under their belts (2016’s The Frozen Moon of Erebath), Cell are now poised to release their second full-length, Ancient Incantations Of Xarbos. While black metal forms the backbone of the music, Cell have brought in elements of of death metal, hardcore, thrash, and doom to expand upon their cosmic endeavors.

All those elements are on display in the almost theatrically rich dynamics of the song from the new album that we’re presenting today, “God of the NetherRealm“. END_OF_DOCUMENT_TOKEN_TO_BE_REPLACED 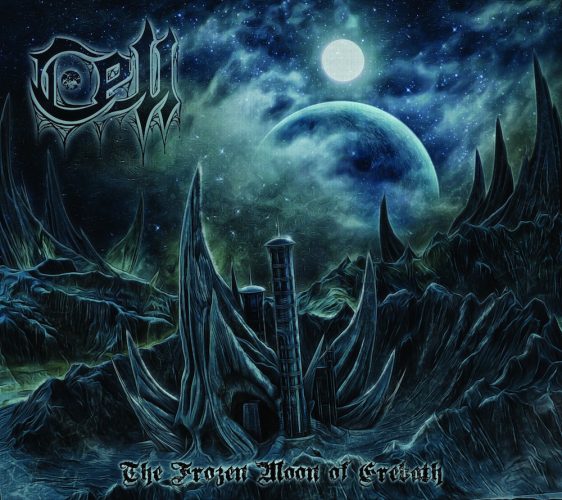 This song is called “Erasing The Plane of Existence“. It’s from a concept album called The Frozen Moon of Erebath, with a story line that takes place in a galaxy other than our own where a race of beings have destroyed their own planet but continue to plot and plan a galactic conquest from the dead planet’s frozen moon. And the music is performed by men in corpsepaint. Feel free to guess what it will sound like, but you’ll probably be wrong.

When black metal goes off exploring the cosmos, the results are often frigid, atmospheric, and ambient. But the band Cell from Winnipeg, Canada, have found their inspiration not in the desolation of the void but in visions of chaos, and their stories are narrative metaphors for humanity’s own self-destructive greed, hate, and lust for power. END_OF_DOCUMENT_TOKEN_TO_BE_REPLACED