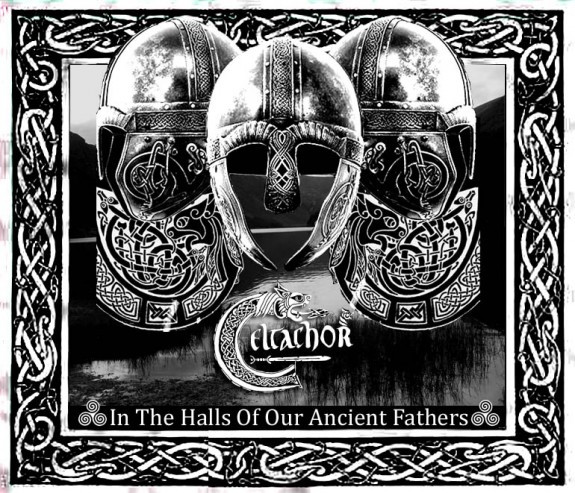 You know what day this is, of course. Yes, it’s the anniversary of the day when the rubber band was patented in 1845. It’s also the birthday of wrestler Samoa Joe, and the first anniversary of Alex Chilton’s death. On this day in 1789, during the American Revolutionary War, George Washington granted the Continental Army a holiday “as an act of solidarity with the Irish in their fight for independence.”

Okay, I’m forgetting something, I know I am. There’s something else about this day that I’m supposed to remember. Hmmmmm. I got it! It’s St. Patrick’s Day! At least here in the U.S., it’s the day when everyone pretends they’re Irish, and in celebration of Irishness, we all wear green and get totally shit-faced.

Getting shit-faced while wearing green is all well and good — I will be doing both. But while I’m here at NCS, I prefer to celebrate the grand day by focusing on Irish metal, and specifically on a Dublin band called Celtachor — a name which could loosely be translated as “the Celtic is everything”.

And for this band, so it is. Celtachor’s hybrid of black ‘n roll and folk music is inspired by Irish legends. It’s a re-telling in the language of extreme metal of stories that have been passed down for a long time. The music isn’t slick. It’s rough around the edges. Hell, it’s rough all the way through — but Celtachor’s music is honest, it has heart, it’s real, it will set your head to banging — and you can download their new demo for free. (more after the jump . . .) END_OF_DOCUMENT_TOKEN_TO_BE_REPLACED