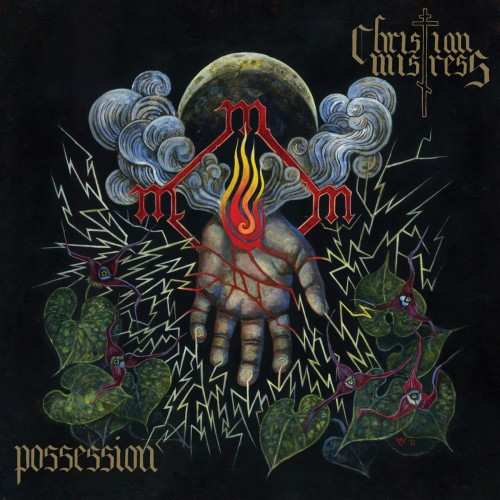 (grover XIII reviews the new album from Olympia, Washington’s Christian Mistress, which will be released by Relapse Records on February 28.)

“Everything old is new again.” Although the source of that quote is not at all metal (it comes from All That Jazz, which I admittedly did not know prior to a Google search), it certainly is applicable to the current metal scene. Within the last several years, revival of metal’s roots has been sweeping across the musical landscape, from thrash to death metal to doom to NWOBHM, with varying levels of success depending on the band. Christian Mistress fall into that last category, and the Olympia-based 5-piece have been making waves with their decidedly retro sound.

It really started with a shout-out by Darkthrone’s Fenriz, who said of the band, “They play heavy metal the old way, the exact way we enjoy it ourselves.” From there, the band’s initial full-length Agony & Opium (if you can call it that, given that it was six tracks and 27 minutes long) took off, earning a lot of well-deserved notice with its classic metal riffing and the soulful (clean, in total violation of this website’s name) vocals of frontwoman Christine Davis.

It is primarily on the strength of Agony & Opium (and to a lesser extent, a demo and a single from 2009) that Christian Mistress’ second full-length, Possession, has been garnering an impressive amount of hype for a relatively unknown band. Happily, I am here to say that Possession lives up to that hype. END_OF_DOCUMENT_TOKEN_TO_BE_REPLACED