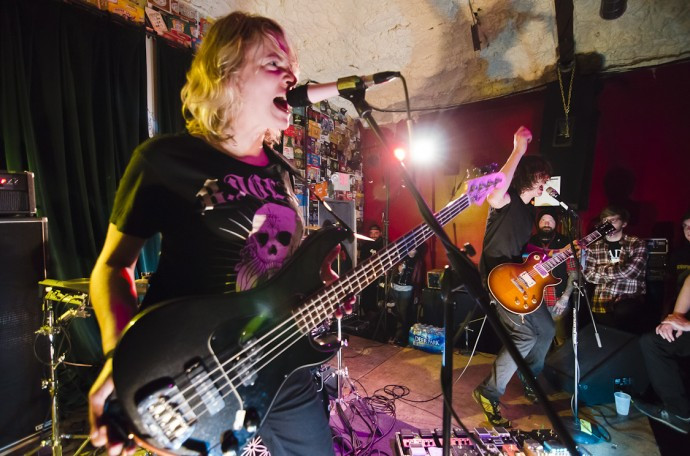 Opening the show was a local band I’d never heard of, and upon seeking them out online could find no music to get a glimpse at what they might sound like. Except that there used to be a progressive metal band called Greyhaven that is pretty cheesy. This Greyhaven were a sort of noisy punk-rock meets quasi-metal group with occasional djenty chugs slicing overtop at faster tempos then you would normally hear in that style. It was gritty and frantic, and a decently interesting merger of sounds. END_OF_DOCUMENT_TOKEN_TO_BE_REPLACED