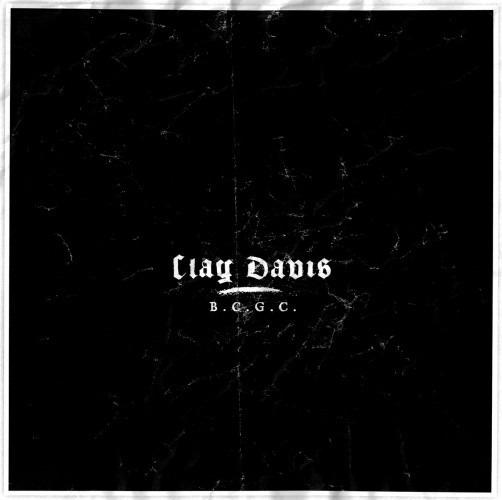 We tend to pay close attention around these parts to the releases of Baltimore-based Grimoire Records, not only because the label’s owner Noel Mueller takes the unusual step of actually recording the music of the bands he releases, but also because the string of performance/recording collaborations the label has released has been so consistently good. And now we have one more coming our way — the 10-track debut by a grindcore duo who call themselves Clay Davis (a name that will resonate for fans of The Wire). The title of this new release is B.C.G.C., and while half the tracks have been previously released for streaming, we’re bringing you a full blast of all 10 of them right now.

You did read that correctly — Clay Davis are a duo. You could guess that one of them (Mike Barth) is a drummer. You might not correctly guess what the other one (Thor Buntin) does, but here’s a hint: The band’s motto is “No Gods. No Guitar Players.”

So, what kind of racket do a grind drummer and bassist get up to on B.C.G.C.? You’re about to find out, but here are some further hints: END_OF_DOCUMENT_TOKEN_TO_BE_REPLACED