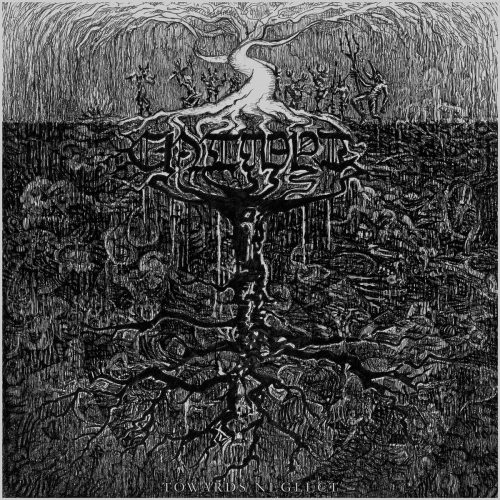 The German black metal trio CNTMPT made their debut with a self-titled album in 2014, and are now about to return with a new full-length named Towards Neglect, which will be released by Into Endless Chaos Records on December 17th — and today we present a full stream of the record, along with comments about each of its tracks.

The music on Towards Neglect is almost entirely instrumental. Like the music itself, the voices that can be heard, often distantly, seem to be sounds from another world, barely human. And there is indeed a sense in the music that it is crashing into our dimension from a different one where, as the label accurately forecasts, light and fire intersect with darkness and ice. The emotional intensity is devastating — almost overwhelming — and the instrumental performances are equally intense in their explosive athleticism. END_OF_DOCUMENT_TOKEN_TO_BE_REPLACED

This German death metal band established themselves as a force to be reckoned with through their first two albums, Summoning Black Gods (2012) and The Mysterious Ways of Repetitive Art (2015). Their new album, …And As We Have Seen The Storm, We Have Embraced The Eye, will only elevate their already-respected status. END_OF_DOCUMENT_TOKEN_TO_BE_REPLACED