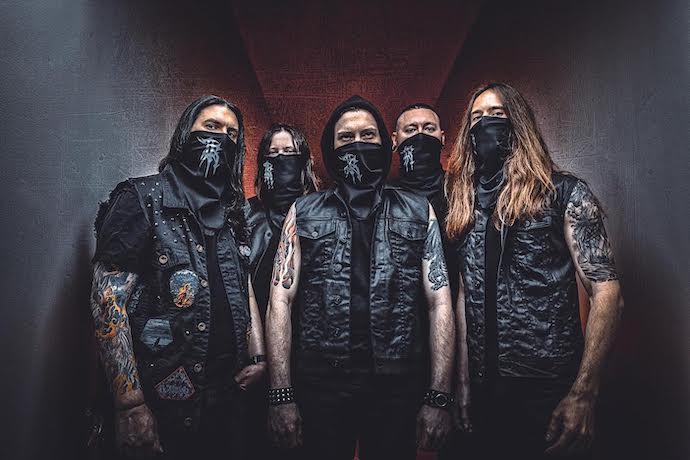 September 2021 brought the release of a new album named Human Erase by the Minneapolis-based extreme metal band Coffin Rites, preceded by a full premiere at Decibel, which rightly acclaimed the album as “one of the year’s most crazed black/death records”, but one that would also appeal to hardcore kids alike. “It has mood, menace, and a barrage of riffs like a doomsday air strike.”

If you haven’t heard the album, it presents a significant degree of diversity among the songs, each one telling its own story in different ways, and is well worth your time from beginning to end. But the way the album begins sets the hook hard and pulls you all the way in. It does that through the bone-smashing, flesh-scorching opening track “Buried In Blood” — and thus it makes a lot of sense that the band picked that song for the video we’re premiering today. END_OF_DOCUMENT_TOKEN_TO_BE_REPLACED