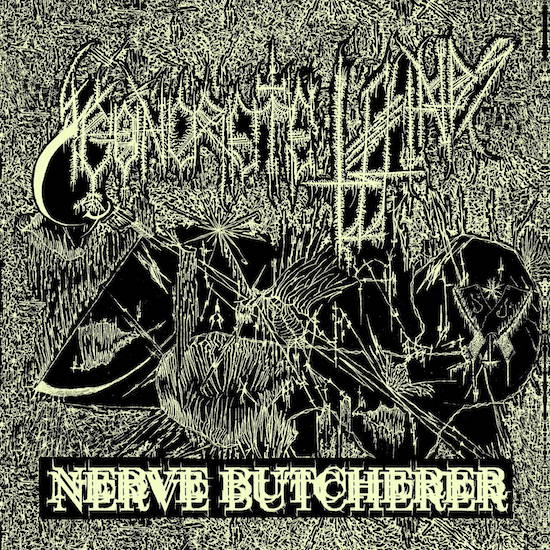 Good morning class. Today we have a case study for you, a study in paradox. The paradox in question is how musicians who have clearly taken leave of their senses are able to create sonic sensations that are utterly maniacal, and yet make their stupendously berserk convulsions somehow sound… catchy? Yes, catchy! (Although it’s possible we’ve taken leave of our senses as a result of listening to this.)

The subject of the case study is a track named “Demonic Truculence” (bonus points for using “truculence” in a song title, and for making music that merits the word, especially when modified by the adjective “demonic”). The two evident maniacs who made it (Jonatan Johansson and Mikko Josefsson) go by the name Concrete Winds. The album that includes the track goes by the accurately descriptive name Nerve Butcherer. END_OF_DOCUMENT_TOKEN_TO_BE_REPLACED

Part of the thrill afforded by a new Blut Aus Nord album is the process of discovery, because BAN has rarely followed a straight and steady path from one record to the next, and predicting how their path might twist and turn requires a crystal ball. In the case of their new album, Hallucinogen, Debemur Morti Productions has announced that it “begins a new era,” “ending the cycle of clandestine industrialised dissonance that culminated with previous transmission Deus Salutis Meae and moving skyward into freshly melodic territories of progressive clarity”. END_OF_DOCUMENT_TOKEN_TO_BE_REPLACED