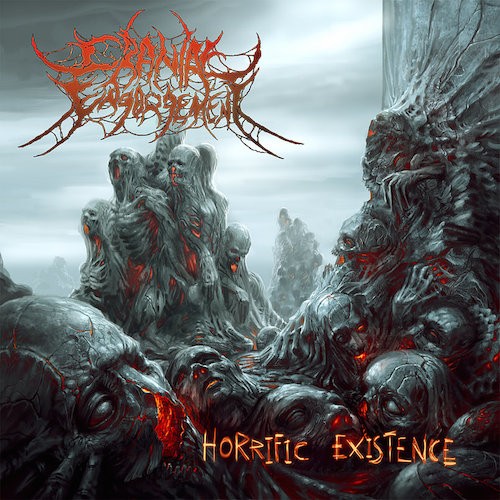 The song you’re about to hear bears numerous hallmarks of skull-cleaving brutality even before you hear a single note. The song’s name is “Horrific Existence“. The album’s name is Horrific Existence. The band call themselves Cranial Engorgement. And feast your eyes on that album art up there by the renowned Pär Olofsson. The message comes through loud and clear, doesn’t it?

But all of those hallmarks still may not prepare you for the traumatic effect of the music itself, which we’re bringing your way through an official music video, or for the album as a whole, which is this California band’s debut full-length, scheduled for release on February 10 by Gore House Productions. END_OF_DOCUMENT_TOKEN_TO_BE_REPLACED