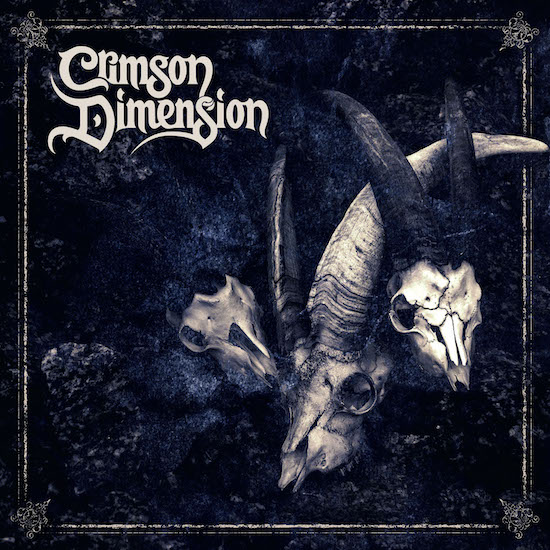 The self-titled debut album of Finland’s Crimson Dimension consists of four tracks, but it’s more than an hour long, with each of those songs ranging in length from 12 minutes to more than 18. Two of those epic-length excursions have already been revealed (the first one as far back as 2017), and today we present a third one — the longest and perhaps most astounding of them all — “Age of Awakening“.

The length of these songs should not be a deterrent, because notwithstanding their duration they are all tremendously captivating. They represent a union of wildly adventurous song-writing ideas and jaw-dropping instrumental skill, and trust us when we say that it’s very easy to lose track of time as you get caught up in them.

If there is a genre label to be applied to music of such high-flying and wide-ranging ambition, “blackened progressive metal” seems to be the one preferred by the band. And that makes some sense, because although the music does incorporate sinister and ravaging elements of black metal, it is absolutely the kind of record that should prove powerfully appealing to ardent devotees of progressive metal. END_OF_DOCUMENT_TOKEN_TO_BE_REPLACED