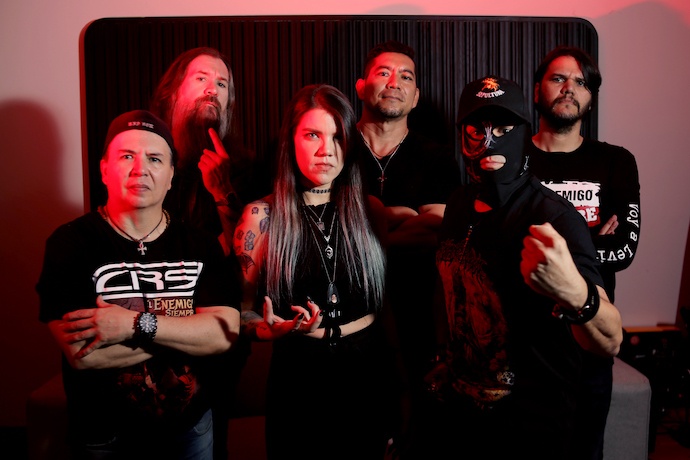 It’s fair to say that the Mexican death metal band CRS has had an epic history, one that included breaking ground long ago, vanishing for an extended period, and becoming revived in more ways than one. As a new sign of that revival CRS decided to do something they’ve never done before, to record a song that fully pushes their talents into the realm of melodic death metal. As a further variation, they brought on Kath Danzig from the Mexican death metal band Enterrador as a guest vocalist.

This new song, “The Failure“, which we’re happily premiering today with an official video, presents a grim and furious message but one whose truth is difficult to deny. The band explain: “The Failure‘ talks about how we, as a human race, have failed. Not caring about tomorrow, nor the young ones, we are a failure. A disgrace to intelligence. How there is no empathy, just emptiness”. END_OF_DOCUMENT_TOKEN_TO_BE_REPLACED