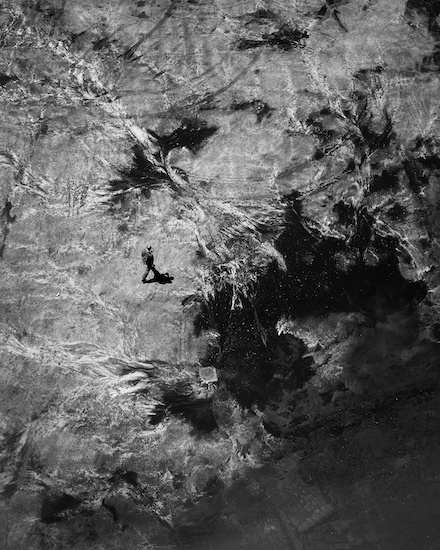 The four men behind Cruickshank don’t advertise their resumes, though they’re definitely not newcomers to heavy music. They’re Canadian, but probably don’t dwell in Iqaluit, Nunavut, despite what their Bandcamp page says. They obviously don’t feel confined by genre boundaries in their music, nor by any commitment to orderly song structures. In fact, the tracks on their self-titled debut album are so riotously unchained that it’s hard to imagine how they were conceived and planned out, and almost equally hard to imagine how they were executed so immaculately.

As the album blasts its way through your skull like an unstoppable juggernaut, you can grasp elements of sludge, doom, hardcore, grind, noise rock, punk, and probably some other ingredients, if you’re interested in trying to locate the songs in a genre grid. But good luck trying to come up with a hyphenated genre descriptor that you could rattle off your tongue without getting your tongue twisted. Even just trying to meticulously follow the path of the songs would be a twisted exercise. It’s better to just abandon any temptation to dissect the songs or figure out what inspired them. Turn off the rational calculator in your head and just allow yourself to be bludgeoned and bamboozled. END_OF_DOCUMENT_TOKEN_TO_BE_REPLACED