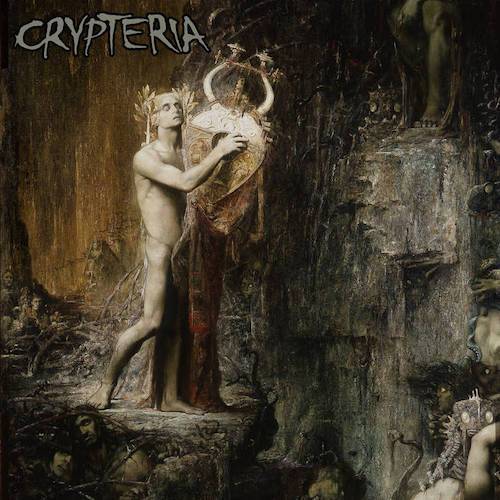 We have an out-of-the-ordinary lyric video to present today. The subject matter will be familiar to fans of extreme metal, since at a very high level it concerns the deluding and damaging effects of religious teachings, but the inspirations for the lyrics and their approach to the subject matter isn’t run-of-the-mill at all.

The song that’s presented through the video is “Corrupted Text“, and it appears on the self-titled debut album by the Floridian death metal band Crypteria, which was released last fall and is recommended for fans of Decapitated, Morbid Angel, Soreption, Dyscarnate, and Aborted.

The band’s name is itself thought-provoking, since it refers to the Spartan secret police, a state institution that (as the band explain) “suppressed opposition and controlled the servile Helot population of Sparta”, maintaining order through brutal means. And while Crypteria (the band) didn’t choose the name as an endorsement of merciless repression, their music is undeniably brutal. END_OF_DOCUMENT_TOKEN_TO_BE_REPLACED