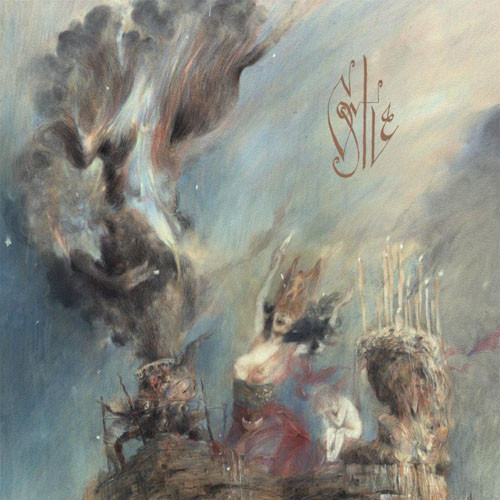 To be brutally honest, which of course is the only kind of honest we know how to be at this site, I will confess something at which I’ve only hinted (ever so subtly) in the past: I really have a low tolerance for clean singing in metal.

It seems that most of our other writers are more receptive to clean vocals than I am, but even for them it seems to be more the exception than the rule. Every now and then, something clean will penetrate my own defenses and tickle me in the nether regions, but I bathe more often than that happens, and I don’t bathe except when it gets to the point that plants die as I walk past them.

On the other hand, I just fuckin’ love big meaty riffs that maketh my head to bang, and flesh-scalding solos, and music that sounds evil. So what am I to do about Castle?

They’re from San Francisco and they’re the latest signing by Prosthetic Records, which got me curious enough to watch the video released yesterday for a Castle song called “Corpse Candles”. The track is from their second album (and their Prosthetic debut), Blacklands, which will appear on September 11. END_OF_DOCUMENT_TOKEN_TO_BE_REPLACED