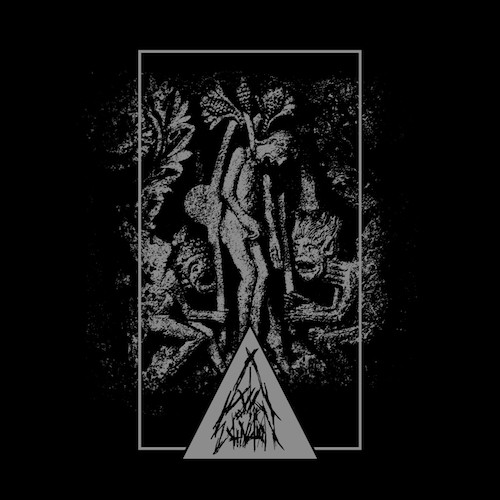 Last fall Cult of Extinction emerged from the bowels of some hellish horror pit to deliver the destructive fruits of malignant conceptions, a self-released demo tape aptly entitled Black Nuclear Magick Attack. It seized the attention of both Sentient Ruin Laboratories and Atavism Records, who will jointly be releasing this monstrosity far and wide on March 30th in both 7″ vinyl and tape formats, as well as digitally. One excerpt premiered not long ago at Metal injection, and today we present another, which is the EP’s terrifying title track.

Cult of Extinction is the work of a single anonymous German creator, who seems both possessed by demonic forces and possessed of a certain kind of sadistic genius. He has waded into the toxic territory ruled by such warlords as Blasphemy, Revenge, Nuclearhammer, Temple Nightside, and Necroholocaust, and has emerged with music that upholds the standards of annihilating savagery that govern war metal, yet delivers more than the mere mindless and murky bludgeoning often vomited forth by less talented practitioners. END_OF_DOCUMENT_TOKEN_TO_BE_REPLACED