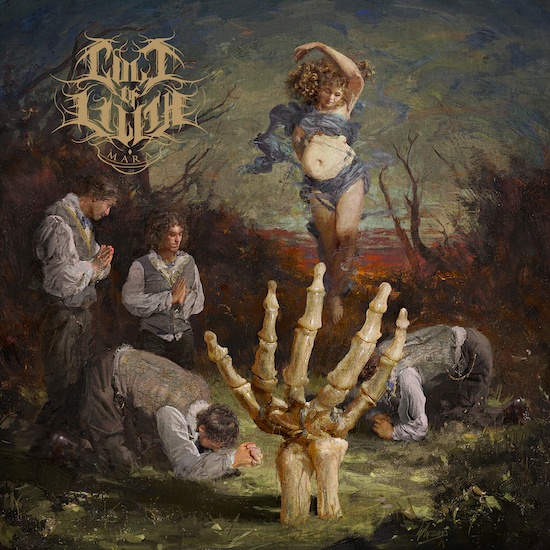 (This is TheMadIsraeli’s review of the debut album by the Icelandic band Cult of Lilith, which was released on September 4 by Metal Blade Records.)

It’s rare any more that modern attempts at technical death metal impress.  A lot of the bands who are producing good stuff were around at least five years ago, if not longer.  So when a band come around who are complete newbies, absolute new blood, and they come out swinging with a debut that crushes the status quo of the hum-drum of bad Beneath The Massacre worship, I have to give credit where credit is due.

The thing about technical death metal that a lot of the zoomers (for lack of a better term) don’t get, is that it’s about demonstrating instrumental virtuosity while still maintaining compelling songwriting chops.  Suffocation has this, Necrophagist had this, Exocrine has this, you get the idea.  It’s hard to find technical death metal bands nowadays who write real songs with definitive elements of progression and logical structure and cohesion while also writing crazy complicated riffs or sections that push both technical skill and endurance.

That brings me to today’s subject, Icelandic upstarts Cult Of Lilith. END_OF_DOCUMENT_TOKEN_TO_BE_REPLACED