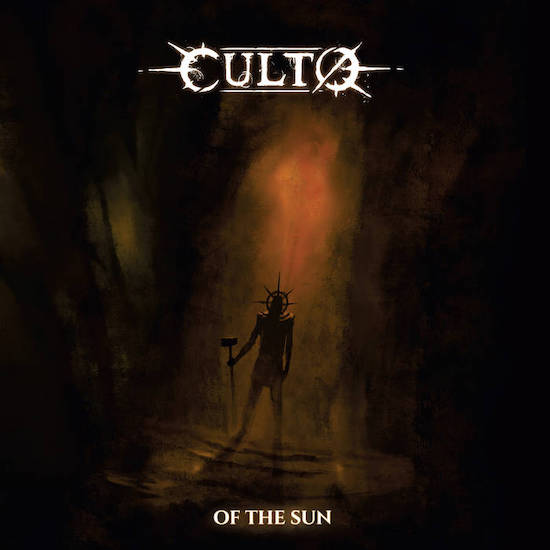 On their debut album Of the Sun, the Italian melodic death metal band CultØ (cult-zero) don’t ease the listener into the experience. There’s no atmosphere-setting intro track, no seductive melodic overture, but a boiling cauldron of sound. That opening track “Flare” makes very clear very fast that CultØ like to hit hard and fast, with an emphasis on savagery that comes through loud and clear in the utterly hostile and authentically unhinged vocals, which range from gruesome guttural growls to throat-ripping screams.

Everything else screams ferocity too, from the bone-smashing drumwork to the jackhammer riffs. And while there are indeed melodies in the song, they’re more dissonant than harmonious and they create disturbing feelings, feelings of dismal hopelessness, unsettling queasiness, and bewildering confusion. It’s as if the more gut-slugging and bestial elements of the song are fighting against daunting experiences that are trying to confine them.

And so when you might read that CultØ draw heavy influence from the Gothenburg sound of the ’90s (the likes of In Flames and Dark Tranquillity), it becomes quickly clear that the band prize untrammeled aggression as much as they do a melodic hook or a groove-some rhythm, and dire moods more than emotional elevation. To be sure, they accent their songs with moments of delirious ecstasy (particularly in the brilliantly swirling and soaring solos) and warlike triumph. But there’s a lot of unmistakable darkness in the songs. END_OF_DOCUMENT_TOKEN_TO_BE_REPLACED