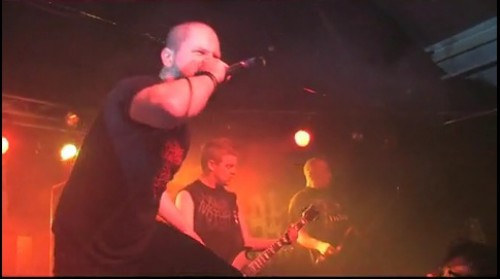 Two of these bands I know well and I’m a big fan of both. The third is a new discovery. What I have for you, then, is a high-quality video of Anaal Nathrakh laying waste in a live club performance; a video for a brand new (and somewhat surprising) song by Australian/California tech-death band Devolved; and a new, crushing re-recording of a song by another tech-death band, UK’S Cyanide Serenity, which features their new lead singer Travis Neal (Divine Heresy). And to top it off, we’ve got the schedule for a just-announced Anaal Nathrakh European tour . . . after the jump. END_OF_DOCUMENT_TOKEN_TO_BE_REPLACED