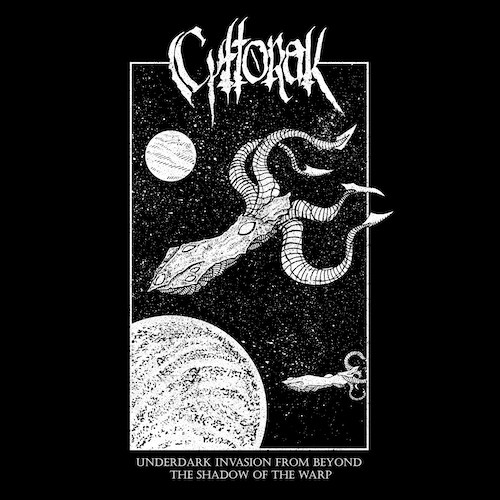 I should have known. Somewhere in the recesses of my memory, I did know, but the memories had faded. And so I asked the band: Who or what is Cyttorak?

Do you know? If you are of a certain age, and gleefully immersed yourself in the magical lore created by Stan Lee and his colleagues at Marvel, and have a better memory than I do, you will know. And if you don’t, hold your questions for a couple of paragraphs. For now, just be aware that the Rhode Island band Cyttorak chose their name from that lore, and if you’re a comic book nerd (as I used to be), you’ve got to fucking love ’em for it.

But apart from expressing a love of comics, the three men behind Cytorrak (the band) chose the name for reasons (at least as I infer them) which have something to do with the kind of music they make — which involves excelsior-level pulverization. END_OF_DOCUMENT_TOKEN_TO_BE_REPLACED