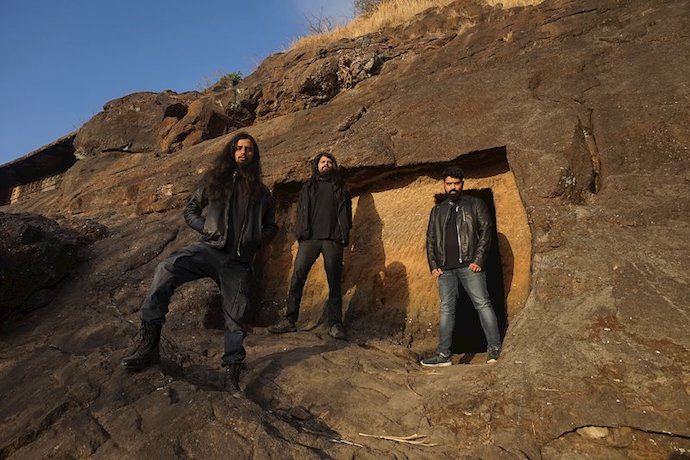 It’s our pleasure today to premiere the third single from Despondent, the debut album by Dead Exaltation, a technical/progressive death metal band from Pune, India, who drew their initial inspirations from the likes of Cryptopsy, Cattle Decapitation, Gorod, Spawn of Possession, and Cynic.

As those references suggest, the band’s music revolves around intricate structures and technically demanding execution, without sparing the brutality, but as you’ll discover from today’s song, those aspects of the sound are not the ends in themselves but techniques for achieving other objectives, and they are not the only techniques evident in the band’s multi-dimensional song-writing.

The album’s title itself perhaps embodies multiple meanings. It connects with some of the lyrical themes, but perhaps also with tragic events that occurred during the completion of the album. When recording began, Dead Exaltation were a trio — vocalist Satyajit Gargori, drummer Aditya Oke, and guitarist Mradul Singhal (who also doubled as bassist). However, before production of the album was complete, Mradul passed away. As a dedication to his legacy, Satyajit and Aditya resolved to complete the record. END_OF_DOCUMENT_TOKEN_TO_BE_REPLACED