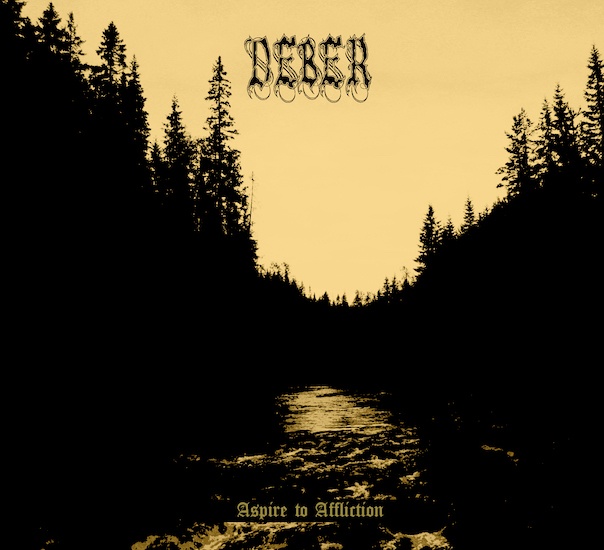 The relatively new Swedish band Deber named one of the songs on their debut album for the title of the album itself (Aspire To Affliction) and another for themselves. By far, those are the two shortest tracks, positioned in a such a way that one of them begins the record and the other ends it. In between are three monumental songs — a trio of towering edifices, in terms of both minutes and the imposing visions they create.

We say that Deber are a relatively new band, but the members aren’t newcomers, even if they’re pursuing some new directions here. These two are DIE (in charge of strings and organ), who is a member of Anguish and Ondskapt, and HCF (who handles drums and vocals). What they’ve turned their attention to in Deber is funeral doom, drawing upon the influence of such masters as Evoken, Worship, Skepticism, and Colosseum.

As the album title suggests, they aspire to sounds of affliction, and they have achieved their aspirations, with staggering power. END_OF_DOCUMENT_TOKEN_TO_BE_REPLACED