Over the course of a decade working on NCS I’ve developed a pretty good idea about the tastes (even as they have evolved) of our longest-running writers, along with my own of course. If I imagine them as a grouping of Venn diagrams, there are definite regions of intersection, and Poland’s Koronal happens to fall within one of those. Which is to say that all of us old-timers thoroughly enjoyed their 2020 album, A Gift of Consciousness. END_OF_DOCUMENT_TOKEN_TO_BE_REPLACED 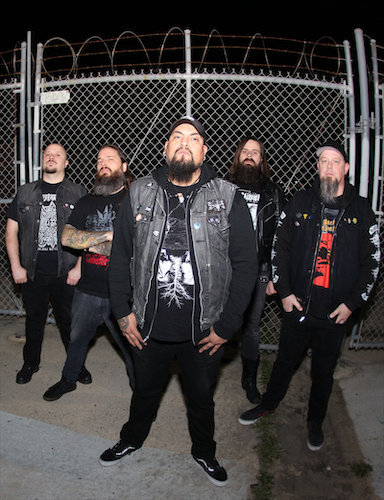 (For the April 2020 edition of The Synn Report, Andy Synn has combined reviews and streams of all the releases by the California band Destroyed In Seconds, including their newest album Divide and Devour, which was released last Friday.)

Recommended for fans of: Wolfbrigade, Disfear, Trap Them

Though the story of California Crust-Punk/Thrashcore crossover crew Destroyed In Seconds goes all the way back to 2008, my own relationship with the band is only a few years old, as I’d never heard of them before one of my buddies dragged me aling to see them at the 2018 edition of Maryland Deathfest.

I’m not sure exactly what it was about the band’s performance – maybe it was their obnoxiously high energy levels despite their early afternoon slot, maybe it was their general “give no fucks, take no prisoners” attitude, or maybe it was the fun way they ripped the piss out of one of our companions for wearing a black cowboy hat in the pit – but, whatever it was, I was instantly hooked.

Hopefully, if you’re not already familiar with the band (whose third album was just released last week), you’ll be just as hooked by the end of this column, especially if you’re a fan of the sort of down ‘n’ dirty, d-beat driven sound which derives its inspirations from bands like D.R.I. and Dropdead, Exodus and Entombed, Nausea and Napalm Death. END_OF_DOCUMENT_TOKEN_TO_BE_REPLACED 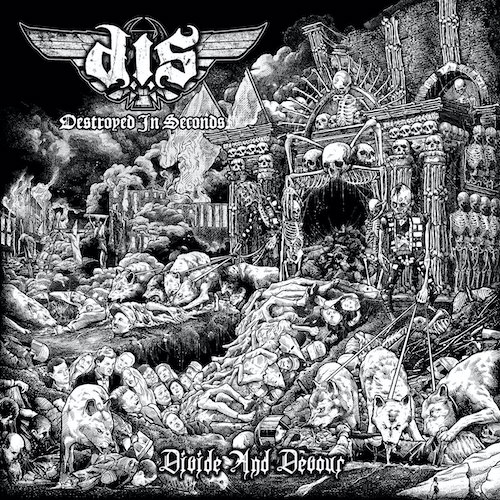 Imagine that you like chocolates (might not take any imagination). Imagine finding yourself in a giant chocolate store that’s offering free samples of hundreds of confections. No way you can try everything, and your stomach would explode even if you could. And then some friends walk in who’ve already tried a lot of what’s on offer and point out the really good stuff. Problem solved!

That’s kind of how today’s two-part round-up came together. Enjoy all the chocolates!

Here’s a band that most of the core group of hooligans at NCS really like, I think due in part to the band’s performance at Maryland Deathfest 2018, which most of us got to see. I received or saw messages from a lot of them soon after Destroyed In Seconds previewed the title track from their new album Divide and Devour, which they’re releasing on April 24th. It kicks a lot of ass. END_OF_DOCUMENT_TOKEN_TO_BE_REPLACED