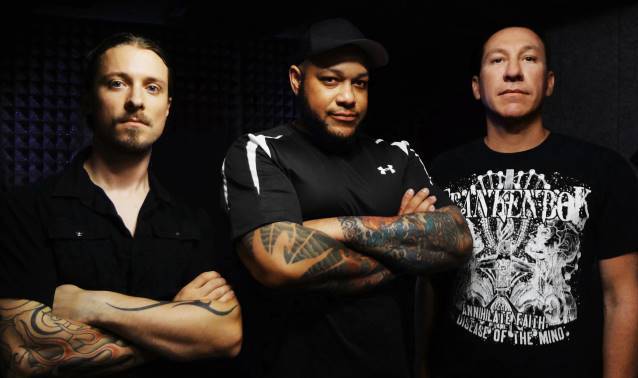 Devil You Know is a new band that includes some old and respected names: Howard Jones (former frontman for Killswitch Engage and Blood Has Been Shed); Francesco Artusato (solo artist and guitarist with All Shall Perish); and John Sankey (drummer for Devolved and formerly with Divine Heresy). Today brought the announcement that this new “supergroup” has signed with Nuclear Blast for release of their debut album next year.

Within the last hour, the band also began streaming a demo version of a new song from the album, “Shut It Down”. And if you think you know what it’s going to sound like based on Howard Jones’ previous work with Killswitch Engage, you’re likely to be wrong. He does bring out the clean vox, but the extremity in his harsh vocals — especially combined with the gut-busting heaviness of the riffs and John Sankey’s spine-jarring drum assault — will strip paint from the walls. The dude lets it all hang out. END_OF_DOCUMENT_TOKEN_TO_BE_REPLACED