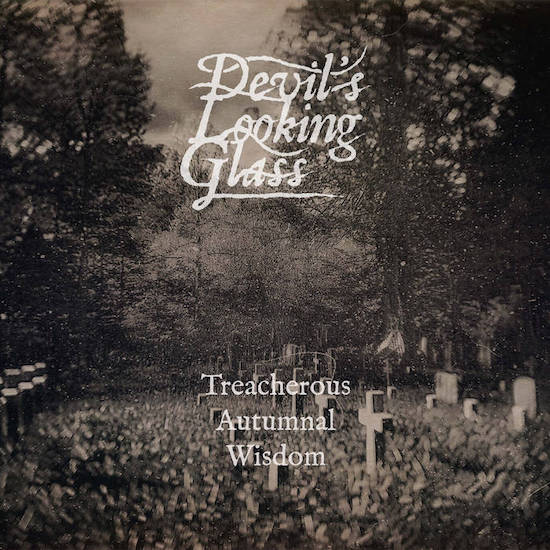 The Devil’s Looking Glass is an old name for a jagged, vertical rock face that stands about 800 feet above a bend in the Nolichucky River in Unicoi County, northeastern Tennessee. The Nolichucky River is itself called The Devil’s Run or The River of Death because of the number of lives lost in its turbulent waters. The rock face is steeped in frightening and haunting lore. According to one source:

The rock formation locally known as The Devil’s Looking Glass claims its name from Cherokee Indians who could make out a terrible face when the moonlight shined on the rock face from a certain angle. Even in daylight, when the shadows fall just right, an evil face can be discerned. Some say more than one face can be seen. The Cherokee believed the rock face was a window into the netherworld, the abode of the devil, and they could see him looking out, as though he were looking at himself in a mirror…. Some travelers and sportsmen claim to see ghostly apparitions around the rock face or along the river below at night.

Another source reports: “Local folklore tells of cries of agony heard coming from the rocks and tales of an Indian woman who leaped from the top of the cliff upon learning her love had died in battle; she is said to now haunt the base of the cliff…. It’s not a place for the faint at heart”.

Devil’s Looking Glass is also the name taken by a Tennessee band whose album Treacherous Autumnal Wisdom was released by Moonlight Cypress Archetypes last November. I don’t know for a fact that the band took their name for the haunted rock formation discussed above, but in listening to the music it would make sense if they did. END_OF_DOCUMENT_TOKEN_TO_BE_REPLACED