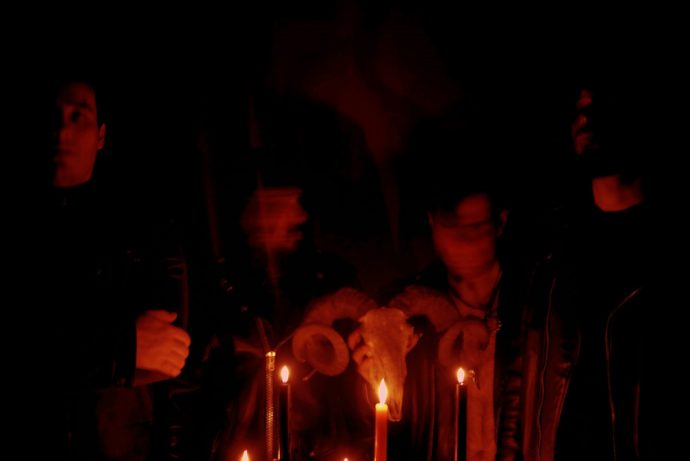 So let’s begin with six (well, five and a half) examples of the black (Metal) arts, shall we? END_OF_DOCUMENT_TOKEN_TO_BE_REPLACED 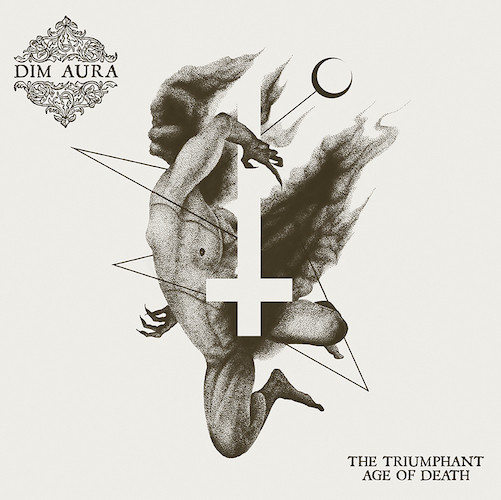 The thorned nightshade gardens of black metal have extravagantly expanded from their poisonous underground root stocks and become hybridized to the point where some of the offshoots have even taken on the kind of prettier hues that appeal to non-vampiric surface-dwellers. But of course there are still many black-hearted horticulturalists out there, devotedly caring for the genre’s barbed and deadly old-growth vines, greedily inhaling their aromas like pestilential perfume and exhaling hate.

The Israeli black metal band Dim Aura don’t completely reject the idea of hybridization, but they’re unquestionably devoted to the perpetuation of cold malice and tyrannical fury. Their newest display of sonic torment and cruelty is The Triumphant Age of Death, an album that will be released by Saturnal Records on March 22nd. It adds to a discography that includes a pair of EPs and a debut full-length from 2013, The Negation of Existence. From that album, we present its first single, an onslaught on organized religion named “Black Heretic Hate“. END_OF_DOCUMENT_TOKEN_TO_BE_REPLACED 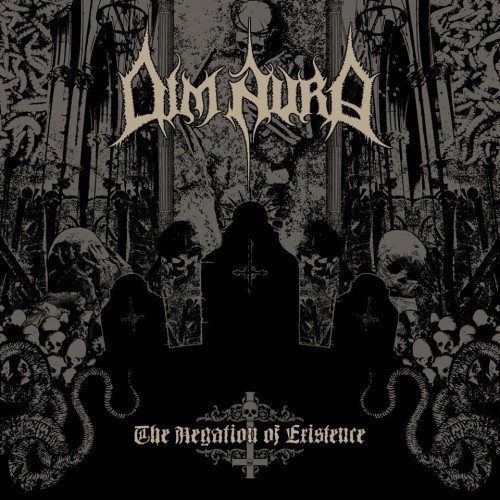 Dim Aura are based in Tel Aviv, Israel. Earlier this year they self-released a debut album entitled The Negation of Existence (though they’re searching for a label to facilitate wider distribution). The band have put four of the album’s eight tracks on Bandcamp. I started with the first one, “Scarred Flesh Supremacy”, but I’ll just tell you up-front that I really cheated on the MISCELLANY rules and wound up running right through all four songs. They’re all good and they don’t all sound the same. END_OF_DOCUMENT_TOKEN_TO_BE_REPLACED