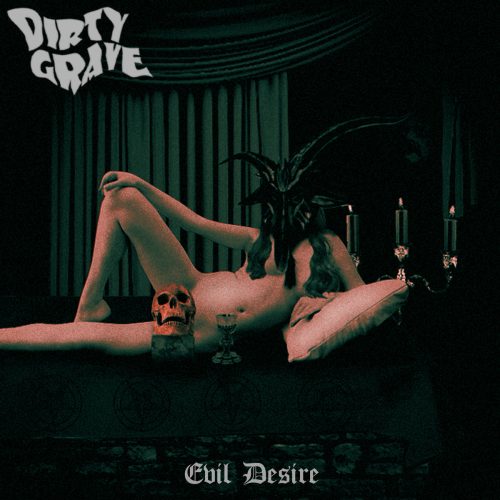 The power of the riff is important in most forms of metal (though certainly not all), but it’s perhaps especially vital in forms of traditional occult doom and stoner metal. A band in those related genres can go a long way riding a well-muscled riff steed, especially if they can mess with your mind while they’re moving your head. The Brazilian doom metal band Dirty Grave have proven that on their debut album, Evil Desire.

They self-released the album as a digital download back in mid-July as a two-man band (vocalist/guitarist Mark Rainbow and guitarist Victor Berg), but now the Belarusian label GrimmDistribution and the British label Todestrieb Records are joining forces to give it a CD release on October 18. We’re highlighting one song from the album today — “Until the Day I Die” — with a new video for the track. And we’re also able to report that drummer Arthur Assis has re-joined the band, and that the trio are now at work on a second album END_OF_DOCUMENT_TOKEN_TO_BE_REPLACED